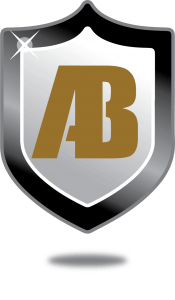 The Ammoback-Sting is a Pistol Magazine Dispenser designed for competition pistol shooting and for situations where someone needs extra pistol magazines readily available. The Sting carries the Ammoback system in a compact and bare bones design. The Sting is worn on a belt at the hip and complies with all IPSC regulations for sizing and location placement.

Currently, competition pistol shooters rely on reload magazines attached magnetically or mechanically on a waist belt worn by the shooter. Magazines must be located on a belt behind the hip bone spaced out along the belt so that a shooter has to reach progressively farther around the back as he seeks reload magazines. Magazines in this carry fashion can be easily dislodged during movements needed to navigate a firing course.  A right handed shooter has to search for magazines with his left hand while a left handed shooter is searching with his right hand for reload magazines.

The AMMOBACK-Sting has all the general qualities of the Ammoback dispenser system with specific features and is carried on your hip for some distinct Tactical Solutions.

The AMMOBACK – Sting can be utilized for left and right handed shooters. The Sting can be customized for any magazine type including double stack formats. 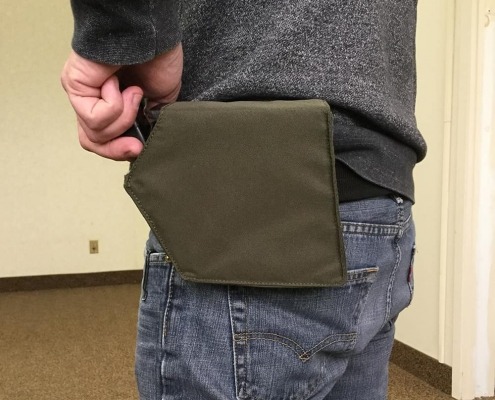 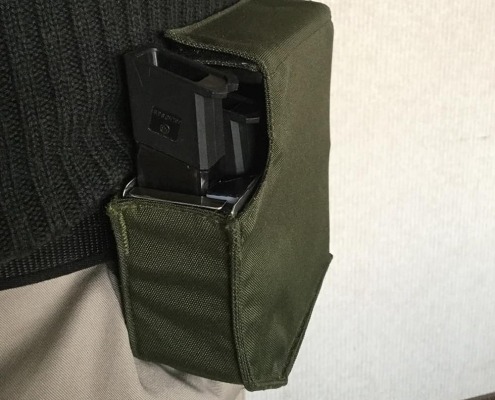 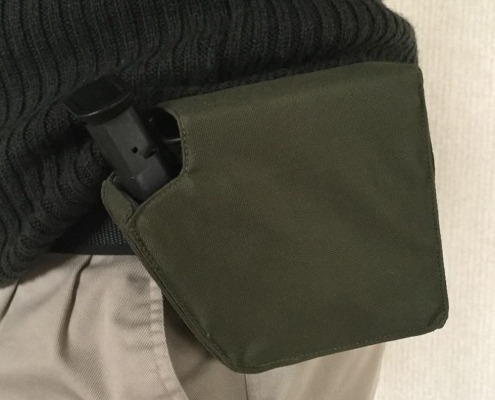